Whether you’ve been keeping fit over the summer or are looking to get back into shape, we hope to see plenty of new and old faces during the second season of Toronto Champions League. Kickoff is less than two months away!
The four teams of Toronto Champions League might have had their seasons end differently but it’s a new year and they all have the same objective: win. We’ll recap the season each team had last year, starting with our champions.

Real Deal
Real Deal started their season off strong, leading the standings as the league broke for Christmas holidays. Returning from break, the team had to rebuild chemistry as co-op Christine Zhu joined the league for a four month stint. Facing surging Bayern Munich and Calaveras FC squads, Real Deal slipped a spot down the standings and finished their year in second place. No longer favourites to win the title, Real Deal made quick work of The Gunners in semi-final action and got set to face off against Calaveras FC for the championship. Falling behind, the team showed no quit as they battled back to tie the game at 2-2. Goalkeeping and luck would be on their side as they won 6-5 on penalty shots. 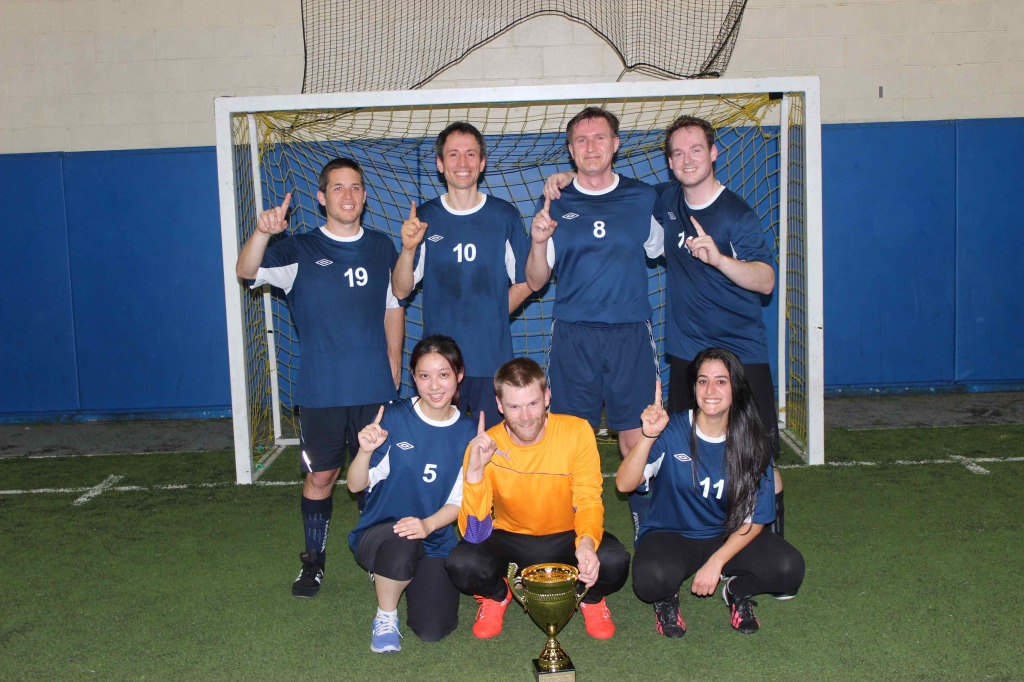 Calaveras FC
The start of the season was one to forget for the players on Calaveras FC. Scraping together only a few wins during the first half of the season, things looked grim for the squad. The team was reawakened by acquisitions of Salar Modaressi and Derek Chan, and a new face at the helm as Scott Tudo replaced Nasim Zoubeiri as team captain. However, the deficit was too great to overcome as Calaveras finished the regular season in dead last. Undeterred, they stomped the regular season champs, Bayern Munich, 12-3 on aggregate in their semi-final matchup. Now favourites to win the title, they fell just short and settled for silver behind Real Deal. Despite the second place finish, Calaveras had one of the most successful seasons between the four teams. 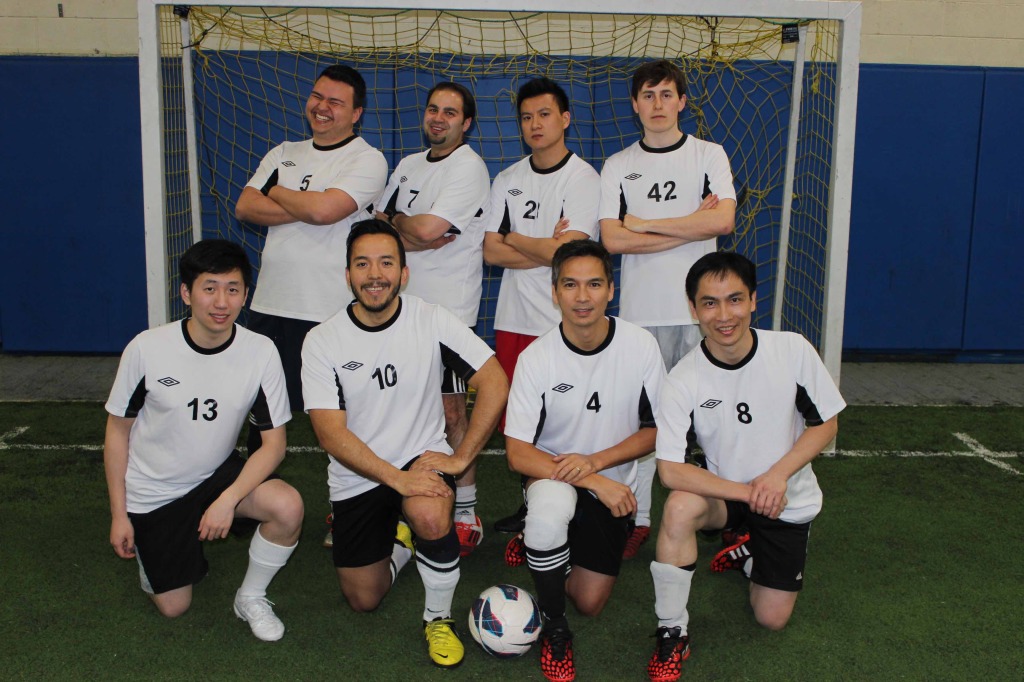 Bayern Munich
This team looked nearly unbeatable. Rostering both the Golden Boot winner Duy Nguyen, who scored an astonishing 41 goals in 21 matches, and the Golden Ball winner, Daniel McNiece, the team leap-frogged Real Deal and The Gunners during the second half of the season to finish first in the tables. But their dreams of a championship were smashed as Calaveras FC stunned them in the semi-finals. Fighting to save face, Bayern looked to walk away with bronze. They made quick work of The Gunners, winning in a decisive 6-2 victory. 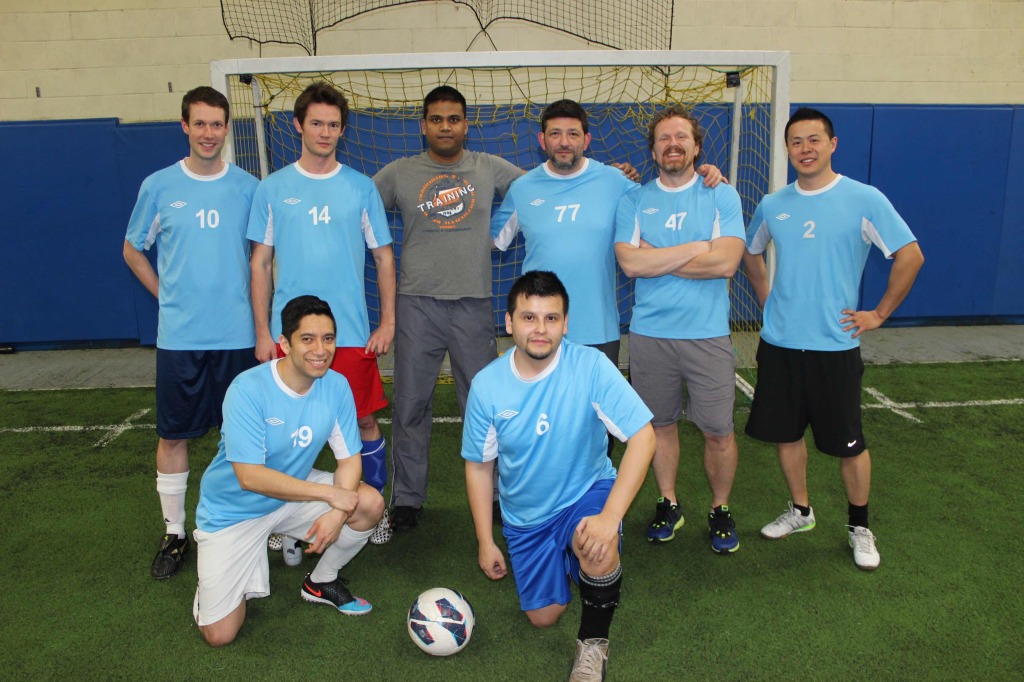 The Gunners
Finishing only a couple points behind Real Deal at the Christmas Break, the inaugural season started strong for The Gunners. But their championship hopes would slip away as they returned from the Christmas break. Losses of Andrew Sharp and Andrew Winnett, and the addition of Patrick Polkowski changed the dynamic of the team. Thrown back into the ring, the team could not find their groove and failed to string together wins, finishing the league in third place. Losing 6-1 to Real Deal in the first game of their semi-final matchup, they showed flashes of brilliance in the second leg, scoring four goals. But the deficit was too much to overcome as they lost on aggregate. Their third place hopes were no better. As valiantly as they fought on the pitch, they fell to the power of Bayern Munich. Despite the loss, they’re still all smiles. 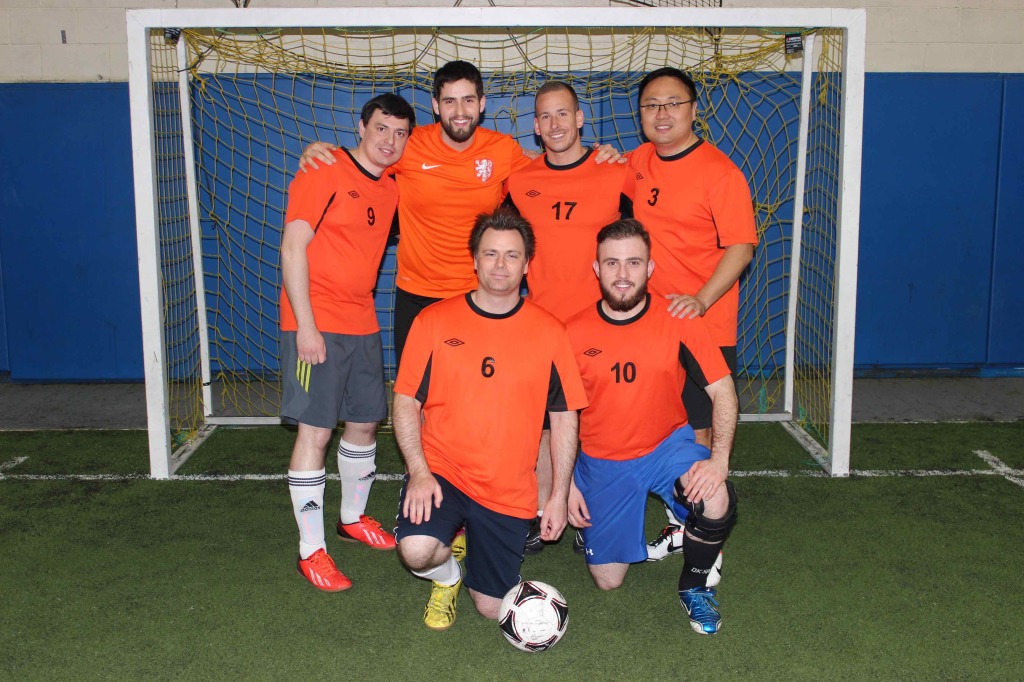